Training While on Vacation?

Posted on August 19, 2012 by The Pretend Triathlete

Last week we had the opportunity to make our pilgrimage to that most holy of children’s Meccas otherwise known as Disney World. I’d never been, so you can imagine my sense of fulfillment once I gazed upon that magnificent geodesic sphere known as Spaceship Earth! But was I able to train while in the sunshine state? Well, you be the judge. 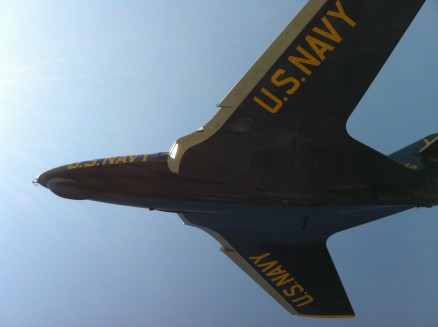 We left home last Saturday morning with Lindsay Buckingham’s Holiday Road playing in our heads. Our goal was Meridian, Mississippi, where we spent Saturday night. The hotel had a “health center” which consisted of a Nautilus machine, an old stair climber machine, and a treadmill. I decided to use the Nautilus. It had a station for benching, lat pull downs, leg extensions, and all that. The “health center” was in a room that measured about 12′ x 14′. There were three young girls in there when I arrived (early twenties, late teens? I can’t tell anymore). They evidently couldn’t figure out how to work the Nautilus, because when I started using it they were like, “Oh, OK.” Then they started ribbing me a little with, “Oooh, gettin’ buff. You come see us once you get all buff.” Thankfully they left and I could work out in peace.

I worked my girly pecs and then did some lat pull downs. I worked for about forty-five minutes, and if you hear me now you can believe me later, I felt da burn.

The next day, Sunday, we got up and drove on in to Pensacola, Flo Rida. We spent the day and that night on Pensacola Island. At the beach I tried to swim a little. I did a few laps swimming out and back in. Because of the rip tide that day swimming out was much easier than swimming in. I’d be swimming out, then look up, and I was half way to the Yucatan. But coming back in felt like I was towing a raft full of Cubans. Altogether I don’t think I swam any significant distance. We did rent a kayak, and that thing punished my shoulders and arms, not to mention blisters on my hands. I’ve been wanting to get a kayak and I know now to get one with a back rest. 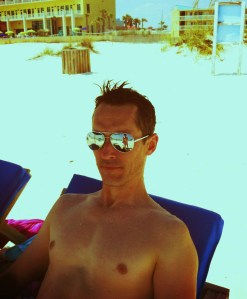 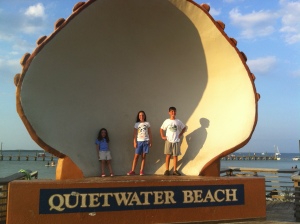 On Monday I got up to do a beach run. Now, it had been a long time since I “ran” on a beach, and it was a lot harder than I remember or I’m just getting too old. It’s been six days since that run and I can still feel it in my calves! What’s up with that? It’s not like I never run. At any rate, I “ran” three miles in the sand. We then packed up and headed for Orlando Bloom.

Our resort at Disney, I was happy to see, had a pool, and it looked to be about 35 or 40 meters long. However, on Tuesday morning I got up and ran four miles around the resort. There was a nice walk way around a lake and at that hour I was able to run without encountering a lot of people.

After my run, we got ready and went in to the Magic Kingdom. We opened the place up, and we pretty much closed it down. I’d like to count all that walking and standing around as training, but my six-year-old walked just as far as I did that day, so I don’t think I can include it! Keep in mind, though, my calves are already sore from the sand run, and every time I stop to take a break, they get all stiff and it takes a few steps to get them going again. (I know, boo hoo!)

So we get back to the room late Tuesday, and on Wednesday I get up to swim. I was able to get a few laps in before some other folks started showing up. Who’s ready to hit the pool before 8AM unless you’re doing laps? Well, some people are. One end of the pool was zero entry, so I’d swim down until my hands hit the bottom, then turn around and go back. I maybe got ten laps in before I called it quits. Then it was off to Epcot and more walking. We once again opened it up and closed it down. 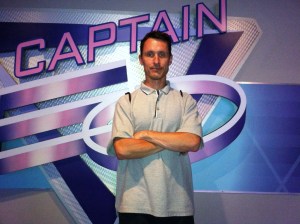 Thursday I slept in and didn’t do anything, except walk all around the Disney Hollywood Park, or whatever you call it. We saw everything we wanted to see by about seven that night, so we went on back to our suite. And really, that’s all the work outs I got in. Of course, the vacation wasn’t about working out, but you might think you’d have more time to get some work outs in while on vacation. That wasn’t necessarily the case this time. My wife keeps talking about a beach vacation where we get a house and spend a week with nothing planned except hanging at the beach. Perhaps some day, and I’ll be ready for that beach run.

Just a 46 year old trying to stay in shape. Not pro-athlete in shape, just 46 year old guy with a family and a house and a job in shape. Signing up for races is the best way I've found to do that. I blog about things that happen to me and things I observe while training and racing. Let's do this!
View all posts by The Pretend Triathlete →
This entry was posted in Health and Fitness and tagged travel, triathlon, vacation, work out. Bookmark the permalink.

1 Response to Training While on Vacation?